From Hardship to Hope

Water; The most crucial resource for the existence of life on Earth. Many people around the world do not know the taste of clean water, while others thirst over dry taps. Water scarcity is a universal issue. Israel is a groundbreaking country that offers advanced technological solutions for efficient exploitation of dwindling water sources, to its citizens as well as to residents of the entire world. A beam of light, hope, and optimism.

1 | The early Israeli painter were impressed by the thorns that grew on the arid ground and the merciless summer, which were contrary to the fresh, green views of their homelands. They were fascinated by the Judean Hills, which they made the subject of their work and later to the subject most identified with the Israeli painting in the 1930s and 1940s. The exhibition starts with an engraving, printed three times in three different desert shades, next to a sand well, and rocks photographed in the depths of Ramon Crater. Unlike these desert impressions, the exhibition features images of flooding and destructive torrential rains in areas without infrastructure.

2 | The water wells are the only means of physical existence in the desert. Points of settlements have been developing around them since the days of Abraham, maintaining social, spiritual, religious and economic order. Later on, mankind learned to use various water leaders such as canals and pipes to allow life in locations further away from the water source, thus increasing  the number of inhabitable areas and agricultural fields. Since then, the standard of living has risen steadily, forcing man to continue to perfect the technology for obtaining water in order to sustain life on earth.

3 | Salt, a byproduct of the Mediterranean desalination process, as well as an industrial product of the Dead Sea factories, is the creative material used by three of the artists presenting in the exhibition. Alongside them are Photoshopped renderings of photographs made in a desalination       plant that sucks the water from the coastal aquifer and turns it into benign water intended for human and animal consumption, and agricultural irrigation.

4 | Veins are tubes of life, and without blood flowing through our veins there would be no human and animal life. In ancient religious ceremonies, blood and water (along with wine and oil) possessed an important role in the religious ritual held on the altar.

5 | The relationship between water and politics is represented here in a single piece: the “Red Line” installation in which 22 representatives of the Arab society in the Middle East are invited to discuss the water issues we share. This installation is done in the hope that solutions to shared problems will give birth to cooperation, and perhaps in due course, true peace. 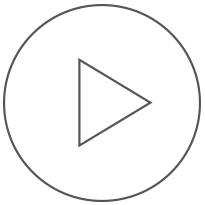